RaysonTeacher.org - Articles - The Machinery of Reality in Infinity

The Machinery of Reality in Infinity

Our picture is the symbol for Infinity with dried maple leaves scattered over it which shows that man’s education drops the old ideas to make room for a new Spring on top of changeless Infinity.

I am RAYSON, and I live where Infinity exists, and I work what Infinity stands for without any problems to my Deity mind. 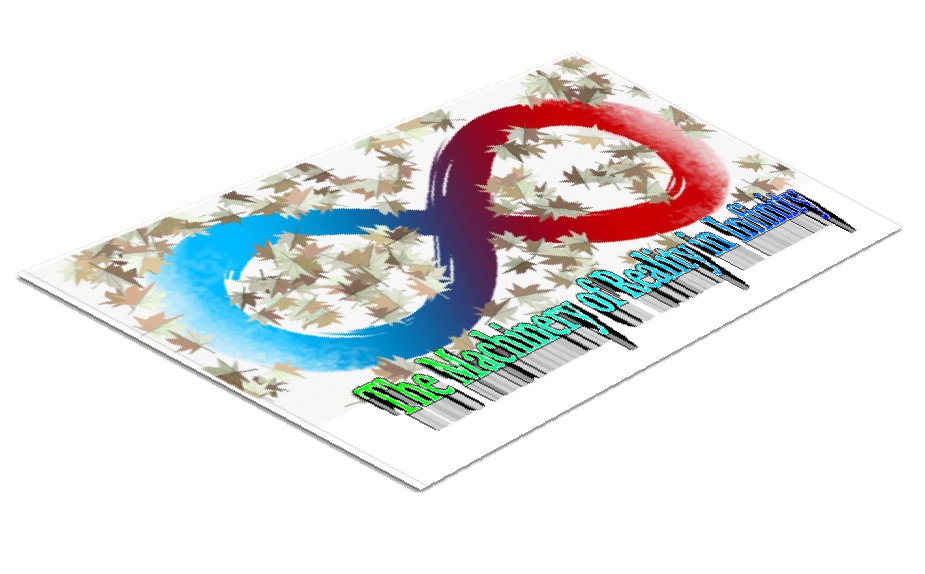 I am now going to tell you something about Infinity you do not know and it is pure revelation which I will be famous for as I speak to science as a good friend of the family, and I do not demand you know anymore than you know now to get these treasures of facts no one else can tell you on earth. Here are some pertinent and very important facts about Infinity you should learn to know, and then try to make sense out of what your earth sciences tell you. Earth science and Infinity science are so far apart one has to learn to be a new student all over again.

This is just a primer, and a very short one, for we have planned a book on this subject of Infinity with this Scribe who lists thirty different facts about Infinity you do not know, and here we select only ten of them for you to consider. Here are the ten we selected to show you:

Be advised as well, that the facts of Infinity listed here are modest compared to the fact that each human who reads this, often uses Infinity precepts to deal with his own reality of working on a world like this one, but is never aware of the reality of Infinity simply because time hides the integration of Infinity with the material world of existences, and on your world, that is of time and space. Not all realities have time and many do not even have space.

We now have provided the reader eleven items that are most important to know about Infinity. I have written about Infinity in which I list over thirty items about Infinity the world should know about, but this article is enough to introduce the subject, and how Infinity conditions your time on earth by one of those cabinets we mention. Those cabinets cannot be glimpsed but only spoken to by addressing the I AM, which places them all in a neat row for the later-appearing First Source and Center to advise the Consummator of Universe Destiny, the Master Universe was prepared to stand on its own and being the evolution of an Infinite character to creature identification.

WE state also the following for those who read these items on Infinity. It is for the purposes of extension of these remarks in certain other articles such as the one called “The Arc of Infinity” that we remind the reader this subject is so extensive, and then so limited by human capacity to reach those levels of comprehension, that we dare not further elucidate all we know about the Master Universe or the subject of Infinity itself. The scribe herein knows much more as we know much more than he does, but he is held in by our rank and his own rank to provide much more at a later time and beyond the confines of the present day articles on Infinity on this web site.

We conclude this paper with the idea that the graphics used in this Paper are meant to humor the reader just enough there is no easy way to teach this subject except to list items that essentially define Infinity without raising the roof of the Deity Absolute who looks at articles like this with a suspicious eye for its worth to anyone except the scribe and RAYSON themselves. For that reason this article is allowed to be published as is and we refrain from more at the present time.

Thank you from RAYSON and this scribe for your patience while we work hard to avoid another crisis over how to present these articles without getting so many upset we start another small war on Urantia, the name of this planet in spirit archives.